On International Women’s Day Marion Sharples from the Gender and Development Network reflects on the importance of understanding intersecting oppressions.

In the field of gender and development, intersectionality has emerged as a new framework for understanding oppression and building inclusion—but it has proven a difficult concept to put into practice.

The Gender & Development Network (GADN), a London-based network with more than 160 members, has recently released a thinkpiece aimed at engaging the UK development sector in a conversation about intersectionality as a tool for policy and practice. The piece marks an effort by GADN to distill current debates amongst its membership and offer practical ways to make use of this important but challenging concept for more inclusive development practice.

With roots in Black feminist thought and activism, and especially the work of Kimberlé Crenshaw and Patricia Hill Collins, an intersectional approach emphasises that women’s particular experiences of violence and discrimination are the result of multiple oppressions—and that these oppressions are structural rather than individual. Gendered inequalities thus intersect with other aspects of oppression, resulting in unique constellations that include not just gender but race, sexuality, ability, age, social class, caste, appearance, marital status or position as a citizen, indigenous person, refugee or asylum-seeker. An undocumented migrant woman of colour in the UK will have qualitatively different experiences from her white neighbour who holds British citizenship.

Looking through the lens of intersectionality is critical for understanding the complexity and particularity of inequalities in the lives of women and girls. Marai Larasi and Dorett Jones of Imkaan, a Black feminist organisation in the UK, argue that “to ignore these intersections, is tantamount to prioritising a single aspect of a girl/woman’s reality at the expense of others”, effectively rendering other elements invisible and unaddressed.

In an effort to move beyond theory, we argue that an intersectional approach should begin with listening to the experiences of women themselves. While most of the mechanisms we have for combatting discrimination tackle each element in isolation—as the result of race or gender or ability, for example—intersectionality shows us that identities and experiences do not fit into such neat categories, and nor do transformative solutions. As the Association for Women’s Rights in Development observes, “something unique is produced at the intersection point of different types of discrimination.” With that in mind, GADN’s thinkpiece puts forward strategies for an intersectional approach to gender and development:

Download Intersectionality: Reflections from the Gender and Development Network 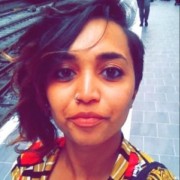